Named after sculptor Auguste Rodin, this French Renaissance-style building at 200 West 57th Street dates from 1916–17 and was designed by Cass Gilbert, the architect of the famed Woolworth Building and other urban icons. Originally built to provide studios and residences for professional artists, it was converted for commercial use in 1968. In 2005, inspections of the façade – performed by Zaskorski & Notaro Architects – revealed extensive damage to the 90-year-old building. Work included replacing the 700-section terra-cotta cornice (in keeping with the New York City Landmarks Preservation Commission’s specifications), fabricating 10,000 perfectly matched bricks to replace the original bricks; and extensive restoration of the original plaster-coffered ceiling in the lobby and cast-iron canopies – including decorative bats, ravens, and grapevine motifs. 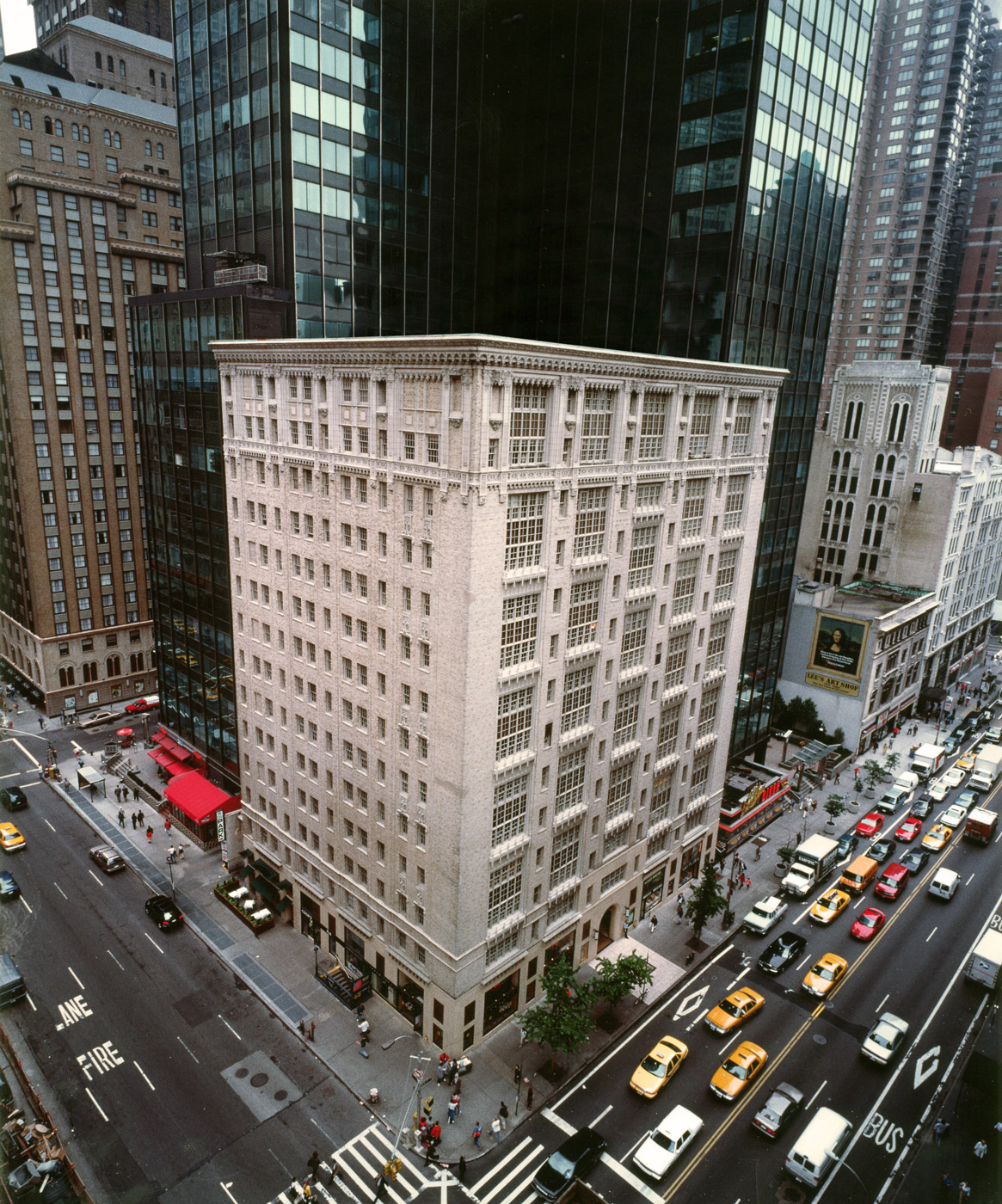